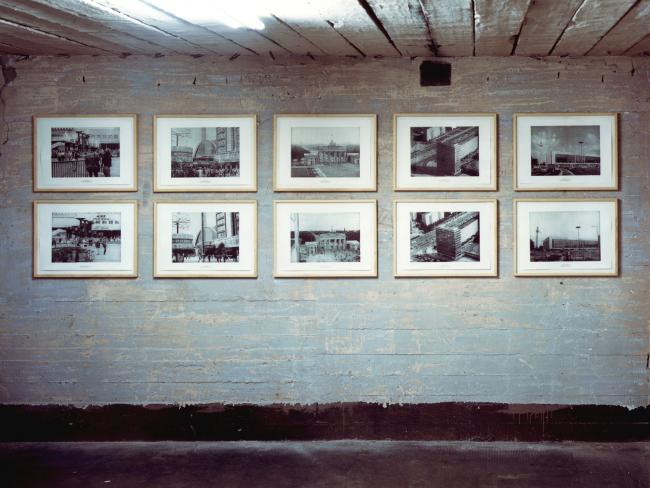 I used my former “English for You” school film as a source (East-German English language course with accompanying television program) and copied pictures of five architectural sites in East Berlin from the film and reproduced them as photogravures. Underneath each picture a caption states the source of the material: “English for You, part 27: In the Capital of the GDR, Defa-Doc, Babelsberg 1979”. I then re-photographed each of the sites as close to the film-image as possible. The new photos were presented in the same way as the original film stills in terms of size and technique. The caption indicates the name of the photographer, date, place and time of the new picture.

Upon a second look, the differences between the two different images become visible: bushes and woodland have grown, details of construction sites, car brand names, architectural and urban changes indicate that time has passed. Much more obvious is that the meanings of the architectural icons have changed completely.

For my artist contribution "Time Tunnel (revisited)" to the book Re: Bunker, I looked at the five TIME TUNNEL locations again in 2018.