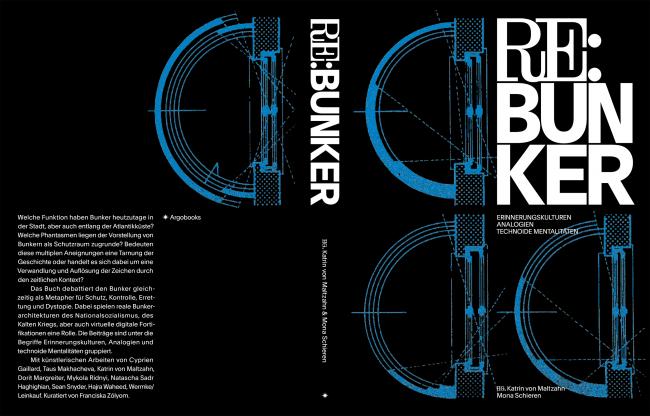 book cover (front and back)

As secured military installations bunkers are meant to provide protection or to act as combat units. During the Second World War, the bunkers built by national socialists - including the fortifications on the Atlantic Wall - were meant to secure military successes. In addition to these functional aspects, the term "bunker" opens up a long way larger field of connotations and semantics. This book gathers contributions from Philosophy, architecture, media, history, arts and cultural studies as well from the art itself. Central to this is the role of historic bunkers as places of remembrance is the bunker 'Valentin' in Bremen-Farge. Planned by the Nazis and built by forced laborers, the bunker is today a memorial site in political education as well as social and cultural exchange. This book refers to present and future abstract as well as concrete Bunkerphantasies, about the mechanisms digital foreclosure in China or life-world phenomena of "bunkering", such as they are familiar in the prepper scene.